In its 2014 edition, the Spanish Sound Art Festival FASE proposes an interdisciplinary reflection about the relationship between sound art, urban space and soundscape, taking the railway as epitome of modernity, source of esthetic inspiration and element of social transformation all through History. This reflection are considered in a practical way through the selected proposals, and is summarized in a theoretical way into a working sessions of the researching group “sounding the City: Critical approaches to urban soundscapes” (Universidad Autónoma of Madrid, Konstfack of Stockholm and UdK of Berlin) that will take place in the FASE 2014 program. The scientific committee of these sessions, that include fifteen researchers, is formed by Ricardo Atienza (Konstfack), Alex Arteaga (UdK), José Luis Carles (UAM), Monica Sand (ArkDes), Cristina Palmese (UAM) and Raquel Rivera (FASE). In them, artists and theorists will debate about aesthetic-philosophical questions, musical praxis around new critical perspectives of soundscapes. The results of Berlin sessions will develop then theoretically and practically all throughout 2014 and will show the process and results in other two posterior events connected with FASE 2014: RE(S)ON-ART Festival, in Stockholm and the XX Conference of musical Computing and Electronics, in the Universidad Autónoma of Madrid and Reina Sofía Museum.

In this way, FASE 2014 will reaffirm its proposal of building an intellectual and artistic interchange forum and, through the networking, taking part of an international resounding-net with the aim of generate spaces to sound creation and theoretical reflection. 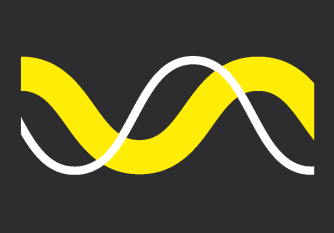 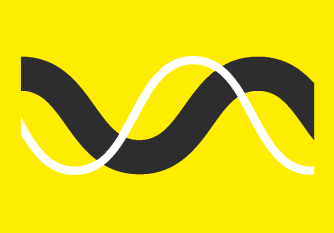 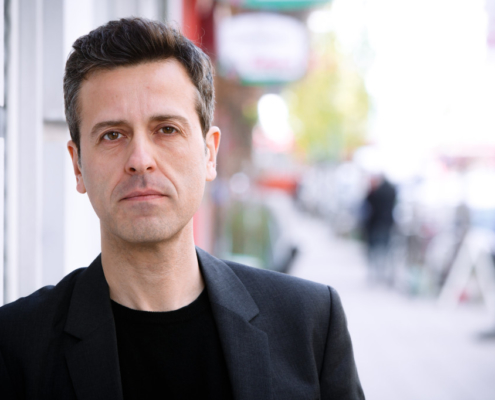 Alex Arteaga’s research integrates aesthetic and philosophical practices through the topics of aesthetic production of knowledge, aesthetic emergence of sense, phenomenology, enactivism and auditory architecture. From 2008 to 2012, he was an academic researcher at the Collegium for the Advanced Study of Picture Act and Embodiment at Humboldt University. Most recently, he has worked on the research project Visual and Auditory Perceptual Apparatus for the Evaluation of City Development in Agglomerations in cooperation with the Zurich University of the Arts. Currently he is developing the three-year research project Architecture of Embodiment as Einstein Junior Fellow, is the head of the Auditory Architecture Research Unit and Visiting Professor in the masters program of Sound Studies at the Berlin University of the Arts.
Alex Arteaga studied piano, music theory, composition, electroacustic music and architecture in Berlin and Barcelona and received a PhD in philosophy at the Humboldt University for a dissertation on cognition and aesthetic practice. 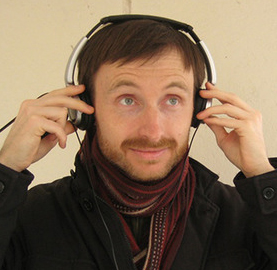 Ricardo Atienza, architect, researcher and sounding artist. His artistic and researching activity includes both sounding installations and electroacustic compositions and works into the sounding design field, works in which the relationships between sound and space are studied in an interdisciplinary way. Teacher and researcher in Konstfack (Art, Design and Applied Arts University, Stockholm, Sweden), and researcher of the ArkitekturMuseet (Swede Architecture Museum, Stockholm). He’s also member of CRESSON Laboratory (Researching Center about Sounding Space and Urban Means, CNRS; France), where he finished his Ph.D. focused on the sounding urban identity subject. 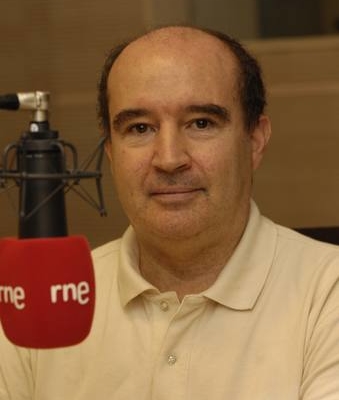 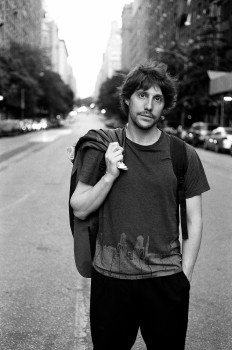 Ernesto Estrella is a poet, educator, musician, and composer born in Granada who has lived in New York since 2000, where he completed his Ph.D. at Columbia University. Between 2007 and 2011 he was Contemporary Poetry professor at Yale University ́s Spanish and Portuguese department, and since the spring of 2012 he has turned to Berlin as a second base for his artistic and academic work. As a scholar, he is author of several books and articles on poetry theory and criticism, and his Spanish translation of Thoreau ́s Journals has just been published. His book of poetry Boca de prosas (Prosemouths) is being translated into English, and fragments of his current project, the experimental poem-novel, Escuela de tu nombre, have already appeared in poetry magazines. As a musician, he concentrates on the voice ́s potential to explore the poetic process through sound. Along this line, he has created a wide array of solo and ensemble pieces for performances that have been presented at international festivals in Argentina, Uruguay, Austria, Germany, Croatia, Russia, Finland, Latvia and the U.S. Since his arrival to Berlin, he has become a founding member of the international quartet Berlin Sound Poets Quoi Tête, and he has created a band, Far Beyond Driven, that explores improvisational and compositional possibilities through original tunes. He is also currently teaching a seminar on “Ethics, Politics and Performativity of the Poem” at Potsdam University. 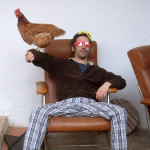 Martí Guillem Ciscar, was born in Valencia in 1983, heterodox creator, handler of sounding rigging, images, actions, objects and forms, where the frequent becomes unusual, unique. The improvisation, the experimentation and the d.i.y. (do it yourself) combine in a irreverent way but reflexive into proposal chiefly ephemeral. He’s characterized by a fresh and changing language that thinks around social habits and the relationship between the quotidian and creativity. 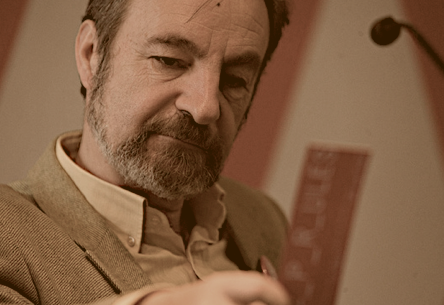 José Iges, composer and Sounding and InterMedia artist. Industrial engineer and Ph.D. in Information Sciences. He managed, between 1985 and 2008 the “Ars Sonora” space into Radio Clásica (RNE). He coordinated between 1999 and 2005 the Ars Acustica group, of which he was also founder member. In 1989 started his collaboration with the artist Concha Jerez, with who he has been jointly making installations, performances, InterMedia concerts, radio art works, videos, digital photocompositions and several graphic works. He has composed, in addition, works for cassette and for digital support, as well as for soloists and electronics and instrumental groups. He has made conferences, workshops and exhibitions about sounding art and radioart. 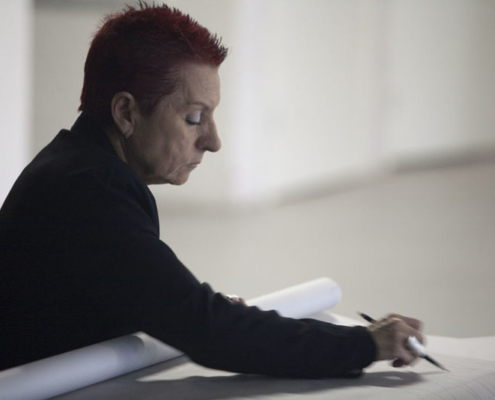 Concha Jerez, InterMedia artist. Since 1976 she focused her work into the development of “In Situ” works, into large magnitude spaces, many works with InterMedia character. Since the beginning of the 80′s she spreads out her activity to the Performance. It could be highlighted the works made for museums as the Museo Vostell of Malpartida, Waino Aaltosen Museum of Turku, Frauen Museum of Bonn, Museum Wiesbaden, Museum Moderner Kunst of Viena, Museo Centro de Arte Reina Sofia, M.E.I.A.C. of Badajoz, DA2 of Salamanca, Z.K.M. de Karlsruhe and San Antonio Abad of CAAM, among other institutions. Between 1991 and 2011 she was teacher at Fine Arts School of Salamanca University. In 2010 she was awarded with the Gold Metal to Fine Arts Feats. 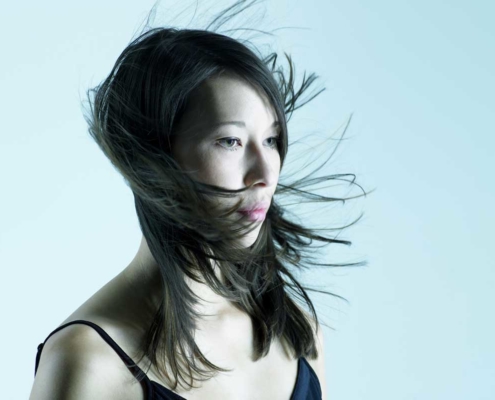 Miako Klein, Berlin-based musician, performer and improviser, has a greatly varied musical background. Classically educated on the recorder and violin, she has extensive experiences in performing contemporary music, as well as in Early and improvised music. Miako constantly questions and challenges the conventional ways of music performance by pushing boundaries between styles and genres, by experiment, and by interdisciplinary collaborations. She performs as a soloist and chamber musician and often collaborates with composers who have written works for her. Her recent projects as a performer include the premiere of the opera “Thanks to My Eyes” by Oscar Bianchi/Joel Pommerat with Ensemble Modern, an interdisciplinary project “Synecdochism” composed by Chikage Imai, which is based on the synthesis of Japanese Performance art with contemporary Western music. She was also part of the creation as composer and performer of the dance production “INFLUX” by Hybride Cie (Paris/ Avignon). Miako was a guest of Ensemble Modern, ICE, as well as musican at Cirque du Soleil and regularly performs with trumpet player Sava Stoianov, QNG – Quartet New Generation and Trio KAZE. She was former member of the Renaissance Recorder Consort “The Royal Wind Music” and the “Espiga String Quartet”. As an improviser she performed with Brad Henkel (Brooklyn), Audrey Chen (Berlin), Jasper Stadhouders (Amsterdam), Harald Austbø (Amsterdam). Throughout 2010/11, she worked as musician at the Cirque du Soleil Show ZAiA in Macau. 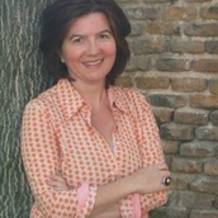 Cristina Palmese architecture graduate in Federico II University of Naples, with a Ph.D. about spaces for music. She has extended her studies in Graz and Grenoble. She has specialized at the beginning in architectural projects of restoration and urban restructure. Since 2001, and already in Madrid, she has focused into the research about space and sound, and she has developed installations, audiovisuals and scenography in various international festivals (Bourges, Guanajuato, etc.). She has obtained distinctions as the Fundación César Manrique Scholarship (2002) or the award Engr. Fernando Gonçalvez Lavrador. 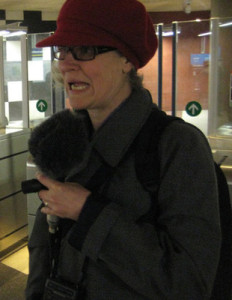 Monica Sand artist  and researcher with a phD in Architecture from Royal Institute of Technology, Stockholm. Now based at the Swedish Museum of Architecture as artistic researcher she is working with exhibitions, actions, and research network. In collective settings artists, dancers, architects and researchers are exploring spatial, social and corporeal rhythms and its forces in public space. At KTH and during her postdoc at Konstfack (University College of Arts Crafts and Design, Stockholm) she produced courses and lectures based on the artistic practise, as well as explorations and experiments of how to form artistic research as a new field.

Earlier art works: In between art and science and Acting Physics. 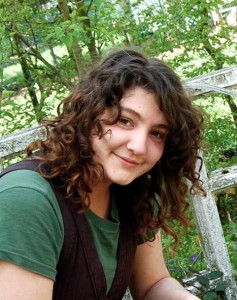 Elen Flügge (1986 Berlin) is writer and sounding artist. She grew up in New York, where she studied music and philosophy in the Bard College. She lives currently in Berlin. Master in the Universität der Künste of Berlin, where she has specialized into auditory culture with Sabine Sanio and experimental sound design with Sam Auinger. In addition to her researching about audio-media politics and her independent researching about personal sounding experience, her most recent works include site-specific installations, urban interventions and surrounding audio scenography. 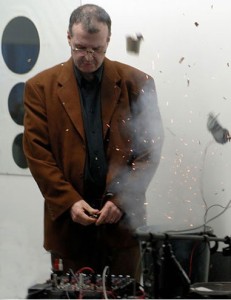 Heinz Weber. born 1957 in Donzdorf, Germany.
Studied Visual Arts, German Literature and Musicology in Marburg/Lahn, Hamburg and Berlin. In the 80th he played electric guitar in freewave- and improvisation-ensembles, he worked on sound-objects and -installations.
Since 1988 journalist for radio and print-medias.
1990 he founded SPRITZENHAUS in Hamburg, a center for media arts – organisation of soundart-performances and –installations, curator for soundart-residencies given by the City of Hamburg.Since 1993 SPRITZENHAUS-Sound-Studio.2003 moved to Berlin.
Since 1994 Heinz Weber’s work is focussed on soundart: listening-pieces, sound-installations, concerts and performances and also lectures about his work and workshops. His work is based on the question for the “tonal quality of things” (“Klanglichkeit der Dinge”) – the searching for the acoustic materiality of subjects (like a tape-recording machine in “Revox B 77 MK II”) and the media-reflective situations (“Musica Analogica”) up to complex geo-social and geo-historical systems (soundscapes, “Hamburg am Wasser – ich höre Brücken”, “Westbound Passage”).
The specific aspect in his lectures and essays is the media-specific materiality and in the live-performances the handling of material as a form of musical interpretation (“Das Salz zum Erden #2″).
Since 2004 Heinz Weber works on the “Schöneberger Lautsprecherkapelle”, a live-instrument for improvisation-concerts. 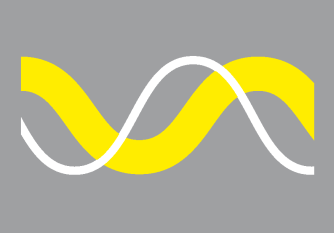 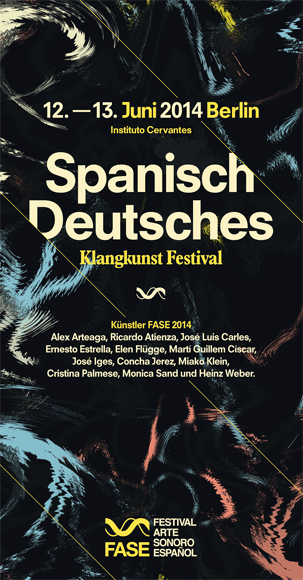 Since the concept of soundscape appeared in the 1970’s, the large diffusion and varied appropriations of the term has led to increasingly ambiguous and multi-layered practices. They altered progressively the original concept adding, subtracting and (re)interpreting different aspects of the lived environment. Recent critical approaches to the concept of soundscape have been developed especially in the field of urban studies, in which research on auditory experiences of space has challenged the prevailing visual assumption in architectural and urban design.

The research project “sounding the city” aims to explore, discuss and present the critical approaches of participant researchers/practitioners/artist. The project will begin in the frame of FASE in Berlin and will also take place in Stockholm and Madrid, connecting a core group (including Alex Arteaga, Ricardo Atienza, José Luis Carles, Cristina Palmese and Monica Sand) and local participants in each location. The fieldwork in the urban spaces, where this project takes place, will provide a shared base for all reflections, dialogues and presentations.